Hello beautiful people ! It’s been quite a long time.. life happens… no seriously.

First and foremost, I want to say Happy New Year! So blessed and thankful for the opportunity and privilege to have life and have it in abundance.

Today is a special day for Real People Real Thoughts, as it is our 1 year Anniversary! Yes, a whole year! I am so very proud of the direction in which RpRt is headed and my prayer is that this year God reveals himself to us in a new dimension.

In honor of turning 1 year today, I will be taking you all through my journey of 2017, sharing my testimony and the many things I learned and finally came to terms with.

This time last year, I was very optimistic just as I am now and I’m sure many of you can relate. I had goals and aspirations, things I wanted to accomplish before the year came to an end. Little did I know what was ahead, awaiting me. Things were going really well, and then really bad and the entire year kind of progressed that way.  It got to a point where I was constantly in low spirit and I was pretty much giving God the cold shoulder. A part of me began to think and believe the lies of the enemy convincing me that God didn’t love me. Months went by and thank God for those around me who kept me in prayer. Following this, another conflict arose. I was offered a leadership position but I found it hard to accept because I couldn’t see or understated why God would choose me of all people. I felt inadequate, not fit for the role.

I was fortunate enough to attend the ALIFE (youth campus ministry at Rutgers) retreat in April of last year. God used someone to sponsor me for this retreat because he wanted me there. He wanted to dismantle the lies of the enemy over my life and wanted to reveal his love to me and show me my calling. During this retreat, deliverance took place and I was set free from something I didn’t even know had me bound, unable to walk with God in fullness. I also got a confirmation from God about 2 things. He told me that there were people in my life that needed to go, and he told me that the time for leadership has come. The first one I took with a grain of salt, but a week later, I accepted a leadership position as the assistant dance coordinator for DLP (Dancers of Liberated Praise at Rutgers). The real manifestation came Fall semester of 2017.

During the later part of 2017, particularly the last 2 months, my faith was really tested and tried but God brought me to it was more than faithful enough to bring me out!  As God would have it, the things he confirmed at the retreat in April came to actuality. Being in a leadership position is hard and it was different in comparison to just being a member of a ministry but thank God for grace. God does things with purpose and this has become more and more clear to me. Being in this leadership position has helped me grow tremendously. Through this position God has changed my thinking, he’s been pruning and grooming me. For what you may ask…

The first confirmation God gave to me at the retreat finally came to past and it almost destroyed me. Had I not been pruned and groomed, I would not have  been able to bounce back like I did. Of course it didn’t happen overnight, but the recovery was speedy. The first day was the hardest, I almost lost myself because for a moment, I lost sight of the one in whom my identity lies, but God was there the whole way through. He gave me time to cry and to do all the things my flesh felt was necessary but he never allowed me to stop feeding my spirit being. I didn’t miss a dance practice, I read the word, listened to the word, sang the word, spoke the word. It was like learning to walk all over again but God held my hand and he was patient with me. The times when I spoke to him and all I could do was crawl into a ball on the floor or the bed and just cry, he was there and he heard me.

Side bar: I also cut my hair during this time.. but you can find the link to that story under ‘Getting to Know Claudine’ 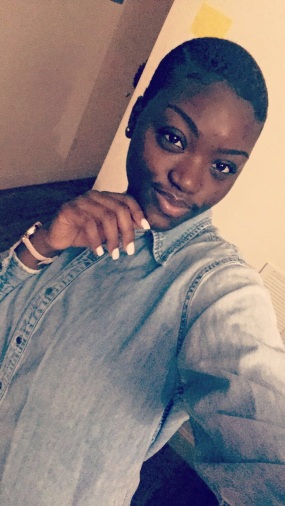 The biggest thing I learned and accepted before 2017 ended was that when God is after you, he wont stop until he has you. Even then, he will do everything in his power to keep you because you are his. God opened so many doors in 2017 because he wanted to draw me closer to him, but he also closed ONE door specifically because he wanted to keep me with him, right by his side. Maybe you’ve been praying to God about something, asking for confirmation and signs and he’s been showing them to you, but you’ve been choosing to ignore them like I did. God’s will shall come to past and when it does, God will be there. He knows his children. He knows how stubborn some of us can be and how smart some of us think we are but hear me when I say that GOD LOVES YOU.

It doesn’t matter what you’ve done, or what you haven’t done. God has called you to a life of purpose and anything that is keeping you from fulfilling that purpose God is ready to tear down. God will fight for you, he will never allow anything to separate you from his love. Maybe you came into this year questioning God’s love for you, or is this “Christian thing” is even worth it, I’m here to tell you that its more than worth it and he loves you more than you will ever know. Take time to reflect on your life, and all that he has brought you through,  because I assure you it was not by your doing. God is bigger than any word that I can think of to describe big, and his love is much much greater. It has no limits, no boundaries. Walk in God’s love this year. His arms are outstretched, grab a hold of his hand  and walk with him. Experience joy and peace IN HIM.

God wants to take you on a journey with him this year. Check back soon for some amazing projects that God has laid on my heart, to helps us all grow IN HIM. You won’t regret it I promise.

One thought on “Reflection…”

“God created love and God created me, thus I am an expression of his love which so brightly radiates through me” -c.n.